How Lukashenko is using refugees to put pressure on EU? 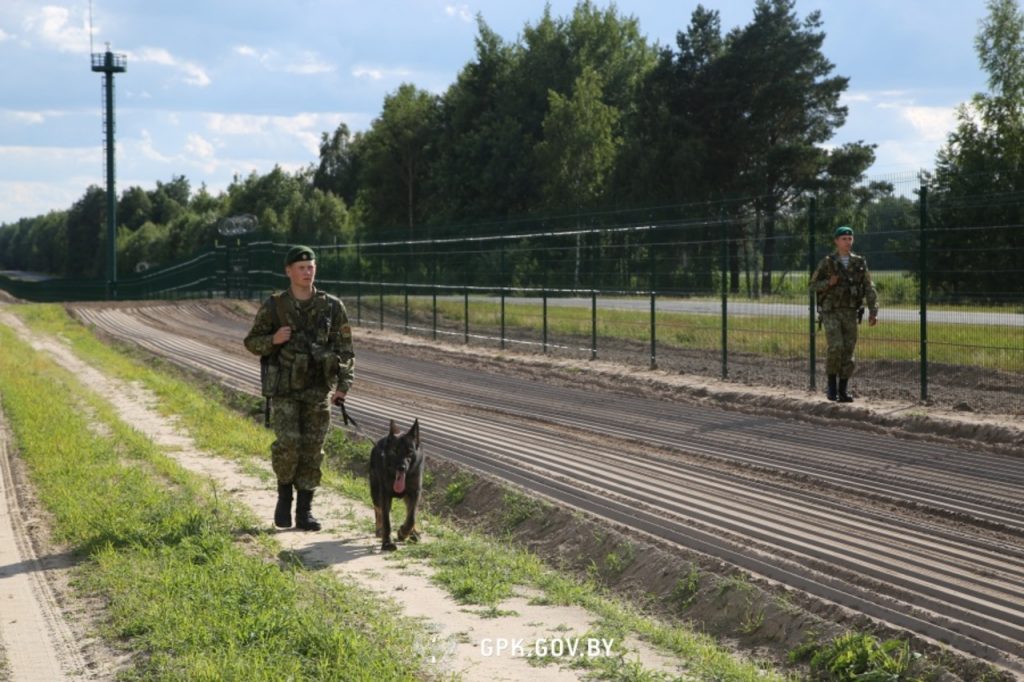 You might have heard already about “refugee crisis” happening in Lithuania: in last months several thousands of people through forests and swamps crossed belarusian lithuanian border to request asylum in one of the European countries. In fact, the goal of most of the refugees from the Middle East is to move further into the EU as Lithuania with it's new conservative government is not a friendly place to be for an immigrant (even though a lot of Lithuanians after the country joined the European Union migrated to western countries for economic reasons).

The so-called crisis is happening because of Lulashenko, who stopped helping to protect borders of EU. Liberal politicians from Brussels can talk a lot about values of human rights and freedoms within the fortress of Europe. Comparing to other places around the globe, you are getting quite good protection as soon as you are admitted as a refugee in Germany or France. According to regulations, the person can request asylum at the first border crossing from the representative of local authorities. That means, if, for example, you have crossed the border somewhere through the forest in Poland and got caught by the Polish border guards you can request asylum at the spot, and they are not allowed to deport you. “Not allowed” is a flexible term, taking in account all the pushbacks that are happening not only south, but also at Belarusian borders: I was a witness to thousands of Chechnya refugees trying to request asylum in Poland and being pushed back to Belarus by the Polish border guards at the official border crossings. This was happening already in 2008-2009. However, the sweet poison of liberal politics is also in the topic of refugees. Since quite a while, EU is paying border countries to help protect borders. It is easier to ignore asylum seekers when they can't talk to you. Belarusian regime was part of such cooperation.

In 2014 dozen millions of euro were purred into Belarusian economy as part of cooperation on border security. This was happening parallel to the fact that EU was still condemning violations of human rights in Belarus and had sanctions in place against the regime, and it's bureaucrats.

From 2015 onward Lukashenko is becoming a stable partner of EU in struggle with so called illegal immigration. The cooperation was so important that even in September 2020 after all the violence and protests all around the country, EU was still planning to buy drones for belarusian police to assist in fight against extremism and illegal migration. Luckily journalists found the program online and only through the public outcry this specific support of the regime was stopped.

Since beginning of 2021 relationships between Belarus and EU declined. Some small symbolic sanctions were enough to make Lukashenko look in the direction of Moscow. Kidnapping of Ryanair put a fat dot on love story between Minsk and Brussels (not torture of civil population or murder of demonstrators). The dictator decided to retaliate and stop helping to protect Polish and Lithuanian borders.

The speech of Lukashenko about giving up protection of Belarusian borders went quite fast around the Middle East among the people who were already searching for a way to escape Syria, Iraq, Afghanistan and other countries. The borders are indeed “open” and groups of migrants are crossing quite easily into Lithuania. There they are detained by the local border guards and brought to the refugee camps. This way into EU is one of the safest and cheapest right now. It doesn't seem like Lukashenko is earning money with this schema. But he tries to apply political pressure on EU on the question of migration.

Currently, Lithuanian right wing government is overreacting as hard as possible to rally anti-migrant moods in the society. It went as far as recent law that proclaims hybrid attack from Belarusian territory with the help of refugees. The refugees themselves are now considered to be some kind of participants of the conflict and as such can be treated differently from other migrants.

The tactic of regime is not working that well so far. It is not clear what EU can offer as solution to the current border situation(clearly no liberal is ready to actually take refugees). However, it can happen that cooperation on border security will be renewed and this will open the door for a new round of kisses between Lukashenko and West. At the end of the day another famous European dictator, Erdogan was getting billions from EU funds to keep Syrian refugees in horrible conditions. So Lukashenko has some chances.