Frustration of the leftist response to the coronavirus 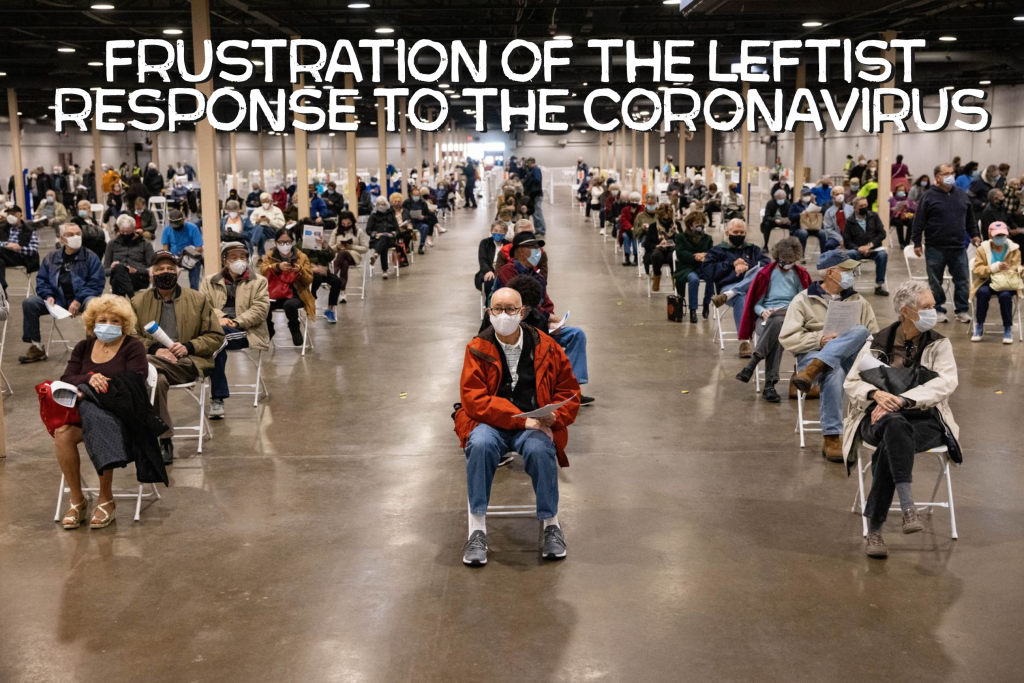 In two years of one of the biggest social crisis, anarchists and leftists have failed to have any strategy on how to deal with it. Humble attempts to develop those strategies quite often were ignored by majority of activists or people close to political circles. Many, though complaining about social isolation, enjoyed their prolonged vacation from political activism. In Germany, so-called “plena” activism, where people spend most of their out of work time sitting in meetings, transformed in online meeting activism. People would spend hours and hours per day talking about what should be done and quite frequently fail to act: because of high load of online meetings, there is no time left to actually act.

The streets in many cities and towns were abandoned completely in favor of some small and rarely capable of reaching bigger parts of society, online events. Registration only presentations, workshops and discussion rarely attract new people and are normally occupied by the same crowd.

Demonstrations and rallies, a classical form of political participation, shrink to levels I haven't seen in many years. With almost no political life on the streets, younger people face even a harder road to join anarchists or leftist collectives. And this affects the dynamic of political struggle, with people still leaving the movement after several years of activism (and in this hard times there are even more people switching to personal life from politics) and no new people to take their place and continue their struggles.

In the last years I've visited various countries around Europe and can say that everywhere the situation is quite the same – the anarchist and anti-authoritarian movement is in stagnation due to destruction of the social by the state and business. The failure to address those problems is something that makes the abstract political ideals of freedom and equality even further away from non-activist part of the society.

The German leftists in its majority endorsed the strategy of the state in struggle against COVID. Flags of being vaccinated are flying here and there, and discussion about how many jabs you have normally dominate the conversation around the crisis itself. If you are not vaccinated, you are considered to be a threat and not a political ally. I can't say that I've heard good arguments against vaccinations from the German leftists who are not vaccinated, but I still believe that this is not the main issue that should split the movement. Paradoxically, German left can tolerate authoritarian communists and socialist in their political organizations, but can't stand people who are not vaccinated.

This celebration of rules by the german state made leftists and some anarchists even more conformist. I was a witness to several events in anarchist venues where people had to show their vaccination certificates and passport to actually get to the place. This is the most bizarre thing I've seen in many years of my activism: anarchists controlling passports of those interested in anarchist ideas...

Many places got closed when state decided that there are no events allowed. Leftists and anarchists were closing their venues, while the state and political establishment was continuing to organize and act on the crisis.

And although a lot of leftists have a strong opinion about COVID epidemic, there is little said and little done about it. Everybody is “tired”. However, this exhaustion comes not from a huge wave of activism that was happening in last years, rather being tired from social isolation and just a horrible general state of our society. But we will have to overcome that exhaustion if we want to stay relevant for the political future. If we want our ideas to be something more than castles out of air, we have to develop and figure out answers to the most challenging questions. And the more we ignore them thinking that it will just pass, and we will come back to our comfortable misanthropic activism, the more we are moving away from the real world for whom anarchism becomes just a fairy tale about this beautiful other reality, that has nothing to do with here and now.