Anarchists are not always welcome in left-wing social centers, and this is not news to us 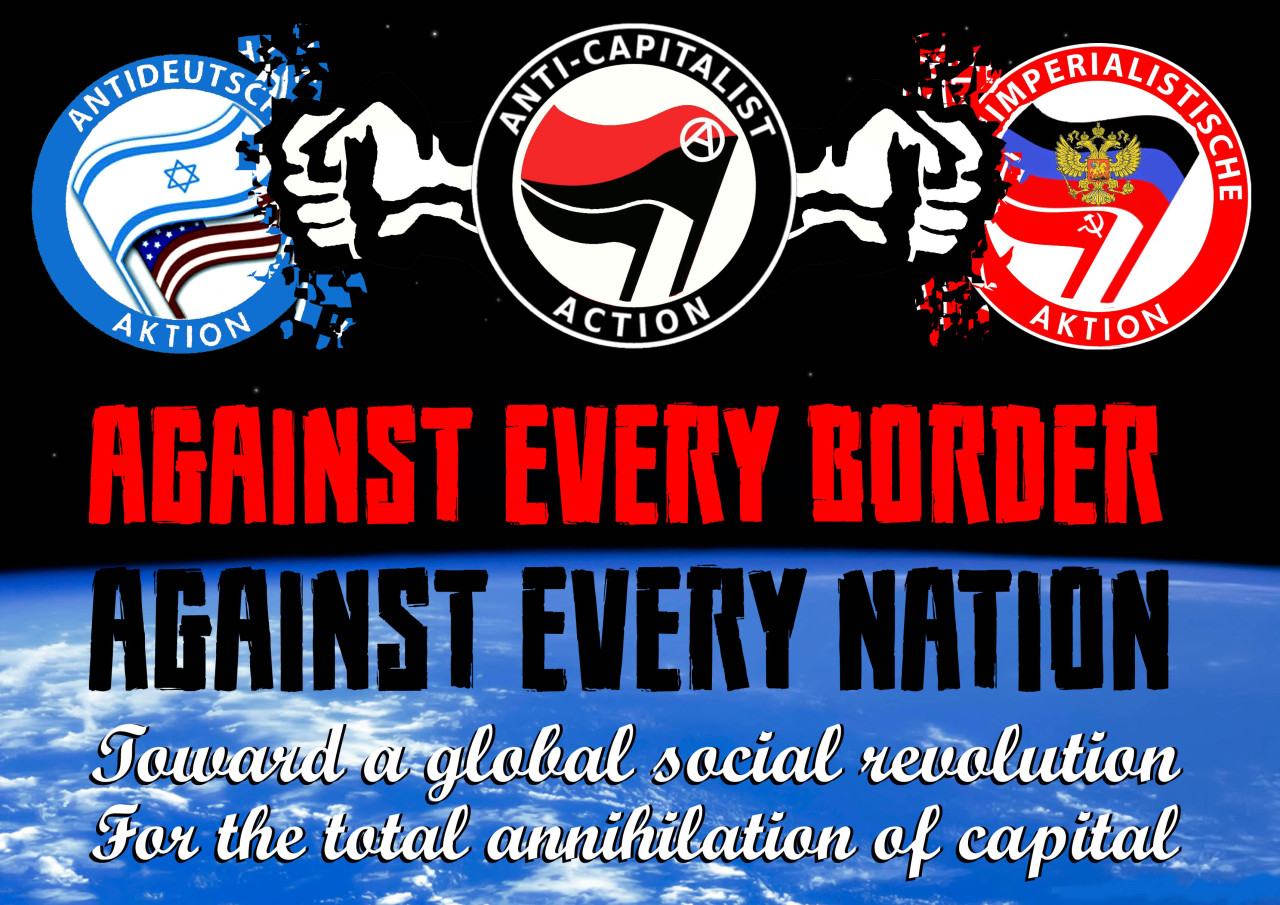 Political and social movements need spaces. In liberal countries there are many open spaces where activists can hold debates, workshops, and concerts. Germany is no exception. In authoritarian countries the situation is more complicated. But sometimes it is only one step from an authoritarian regime from the former Soviet Union to German leftists.

In 2018, libertarian days took place in Dresden, a week of various presentations, workshops, and actions on the topic of anarchism and libertarian communism. Among other things, I had the idea of bringing comrades who could talk a bit about the situation in Israel. Despite the strong antigerman movement, local leftists and anarchists know relatively little about the situation in Israel, and most of the knowledge is direct propaganda from the right-wing government. This is partly the basis of the antigerman's success in some regions: they simply repeat the already existing propaganda of Netanyahu and Co.

After much discussion and correspondence, anarchist and writer Uri Gordon agreed to come. In order to make the trip a little more productive, it was decided to do a short info tour around a few towns in East Germany. Uri Gordon was once active in the anarchists against the wall and generally knows what he is talking about. Understandably, most german leftists don't really know who Gordon is, so they use YouTube to form their own idea of political views. One of the first videos online was Uri Gordon's talk about BDS (4 minutes), in which he expresses the opinion that BDS is the only serious company of peaceful resistance to the occupation and he supports it.

It's worth mentioning that if one says something positive about BDS, it explodes not only the German left, but also the German government – a few years ago a decree was passed that banned funding for scholars, politicians, activists and organizations actively supporting BDS. I think you can read up on the campaign yourself and draw your own conclusions.

Uri Gordon's was a problem both in Dresden and in Leipzig, a stronghold of antideutsch in eastern Germany. In Dresden, Gordon's event was held in a room allocated to a local hackers club associated relatively loosely with the city's traditional leftist movement. The presentation was part of a larger program and one of the lecturers said he would not participate in the event where Uri Gordon was speaking because he was anti-Semitic. The German's attempt to boycott the Jewish activist did not cause much of a rift in local standards for many. But the response to the boycott from the hackers was simple: “you don't want to do the presentation, don't do it.”

This attitude just warmed my soul – a week before the presentation, a man from the hacker collective called me and asked to come to a meeting to discuss the issue. I was expecting another discussion about Israel, BDS, anti-Semitism, and explaining to a dumb foreigner me how things work in Germany. Instead, it turned out to be very smooth and without much discussion. Uri Gordon speaks and the German fighter against anti-Semitism goes to hell.

The situation in Leipzig was a little more complicated. Local migrant anarchists took it upon themselves to organize an evening with Uri Gordon. Most of the local German leftists and anarchists refused to participate in bringing in an Israeli anarchist. But initially this should not have been a problem, after all some of the most active people in the anarchist movement in Germany today are migrants from the east, who know how to organize events without too many questions.

Inquiries were sent to several social centers. And a room seemed to be found in which Gordon could hold a lecture. The story turned into a bureaucratic circus pretty quickly. Although the space team initially agreed to the event, our comrades were later told that, unfortunately, the space would be occupied in time for Gordon's presentation. The other venues also refused the space because of the high workload on that day.

This approach reminded the comrade and me of the attitude towards politics in our home countries of Russia and Belarus. Officially, political events at Putin's or Lukashenko's are not prohibited. The problem arises when you try to find a venue for your demonstration or rally – unfortunately, here at the same time will be a fair, and then there's construction, and then the pipe burst. Generally speaking, for every request you make, the officials of authoritarianism will quickly find a reason to refuse at the time and place indicated.

Thus, the regimes are not opposed to any particular political views. You are simply unlucky enough to want to hold your event here and now. Roughly the same situation happened to us when we tried to hold an event with Uri Gordon about anarchist and leftist activism in Israel.

And maybe some people would have been upset by this approach, and that would have been the end of the East Germany Infotour. But authoritarianism has taught us to look for solutions to any challenge. Fortunately, a solution to this kind of “repression” was invented back in the Soviet Union. Part of the cultural and political underground was the so-called “kvartirnik” – an events held in someone's apartment without access to the palaces of trade unions and palaces of culture found in every city of the former Soviet Union.

As a result, Gordon's presentation took place outside the infrastructure of the leftist movement in Leipzig in a semi-underground state – although publicity was done, it was unclear until the last moment at whose house the event would be held.

To add even more distaste towards Leipzig's left-wing movement was the story that a few months earlier, a right-wing antigerman had held a discussion in one of the city's largest left-wing venues, happily touting the positive role of the far-right Alternative for Germany in the fight against anti-Semitism. This is how there is room for right-wing Germans, but for an anarchist from Israel, unfortunately, all the rooms are occupied.

This attitude is not present in all of Germany. There are cities where the anarchist and anti-authoritarian agenda is liberated from the antigerman agenda and doesn't have much of anti-Semitic Jew-bashing bullshit. But there are cities in which the leftist movement is not only quite authoritarian in its dealings with any criticism directed at it (“sorry, we don't have room for you”), but also in its censorship of facts that don't fit the local subculture.

In such a situation, it becomes obvious that at least part of the leftist movement already has formed views about events around the world, and period. These perceptions are often at odds with reality, and facts are simply sifted out without any attempt to take criticism into account in developing their own philosophy, even from people from the regions. The adequacy of such a leftist and anarchist movement in some regions of Germany is gradually disappearing into the past, and its place is taken by dogmas that have nothing to do with reality.

I, for my part, am glad to have such comrades who do not quit in the face of arrogance, but continue to engage in education and international exchange with comrades from other countries. And where the leftist movement will not be able to provide us with a platform for agitation, we will take the old paths that generations before us have followed!